The Martins Of Western North Carolina: A Family Of Carvers And Musicians | Appalachian History Skip to content

Editor's Note: This post is part of a series called "From the Archives" - a look back at the people who served and helped shape the Southern Highland Craft Guild. The author of the series is Bonnie Krause. Bonnie works at Allanstand Craft Shop and volunteers in the
SHCG Library.

The members of the Martin family of Swannanoa, NC were known for their talents as Appalachian wood carvers and musicians.  Marcus L. Martin, the father, carved scrolls on violins, built dulcimers and banjos, and was a champion fiddler in North Carolina.  His wife, Callie, played the five-string banjo.  The couple had five children: a daughter named Zenobia and five sons, Fred, Quentin, Wade, Wayne and Edsel.  Fred made dulcimers.  Wayne carved.  Quentin crafted furniture and played the guitar.  Edsel and Wade excelled at wood carving.  Edsel and Wade both made great contributions to the craft community as members of the Southern Highland Craft Guild. 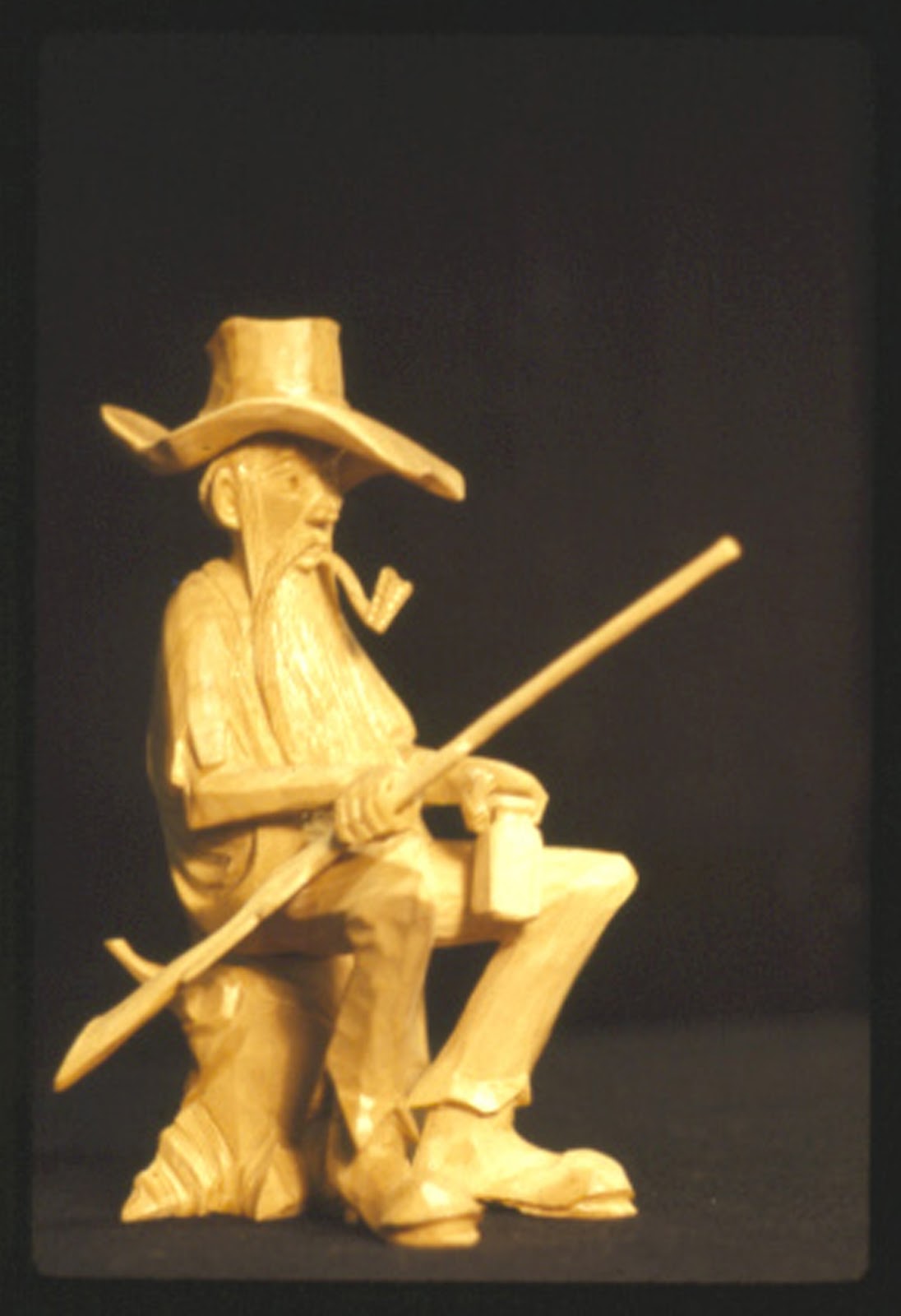 Edsel Martin was born in 1927.  After being wounded in World War II he started marketing his carvings in 1946.  Edsel carved figures, birds, fish, dogs, snakes and rabbits.  His carvings were worked in walnut, cherry, redwood, white pine and maple.  His major tool was a pocket knife.  Like his father Edsel also made dulcimers, completing 175 by 1965.  He was an expert dulcimer player and made several recordings.  Edsel's wife Elsie was also a craftsperson.  She carved maple flowers, roosters and pine trees, shaving curls of wood to create petals, feathers, and tree limbs.

Edsel joined the Southern Highland Craft Guild in 1962 and became a Life Member in 1991.  He maintained an active membership until his death in 1999.  He exhibited and demonstrated at the Craft Fairs for thirty years and participated at Folk Art Center special events such as Heritage Weekend occasionally.  The Smithsonian Institute selected Edsel to demonstrate at the 1968 Festival of American Folklife in Washington, D.C.  That same year he participated in the History of Transportation at Hemisfair in San Antonio, TX.  In 1965, he created a dulcimer which was presented to Lady Bird Johnson, and a collection of state birds for the Smithsonian Institute.  In 1986, Edsel provided carved gifts for the Southern Governor's Conference.

Wade Martin served as an Army paratrooper in the Pacific during World War II.  During his service in the Philippines, he met a wood carver and borrowed his knife.  According to Wade, after borrowing the knife he went out to an old Japanese barge with a machete, knocked off a chunk of wood and started carving.  His first piece was a three to four inch hula girl.  His second carving was of his father as and old time fiddler.  He continued whittling mountain characters, including musicians, moon shiners, wood choppers, women washing clothes, hog butchers and boys fishing.  Wade's best known figure was "Lazybones," a mountaineer propped against a stump relaxing.  He also carved hounds with every wrinkle and tendons showing through the flesh.  Like his father and brother he also made dulcimers from time to time.  Wade worked in the offset printing shop at Beacon Manufacturing in Swannonoa, NC later in life.

Wade was a member of the Guild from 1951 until 1963 and demonstrated wood carving at the Craft Fairs.  His carvings attracted numerous admirers at Allanstand Craft Shop and other Asheville outlets.  In 2000, the Guild designated Wade Martin as a Heritage Craft Affiliate member.  He died in 2005.

In 1986, Wade created a scrapbook, "Swannanoa's Wood Carving Mountaineer Style" which chronicled his family's crafts.  The book includes Wade's sketches, as well as stories, clippings, photographs, sayings and humor.  It revealed that Wade Martin's creativity extended beyond wood carving.  A play, Woodcarvers Christmas, was adapted from the book by Rebecca Williams and produced in 2003 - 2004.