Clementine Douglas: A Major Figure in the Revival and Promotion of Appalachian Crafts 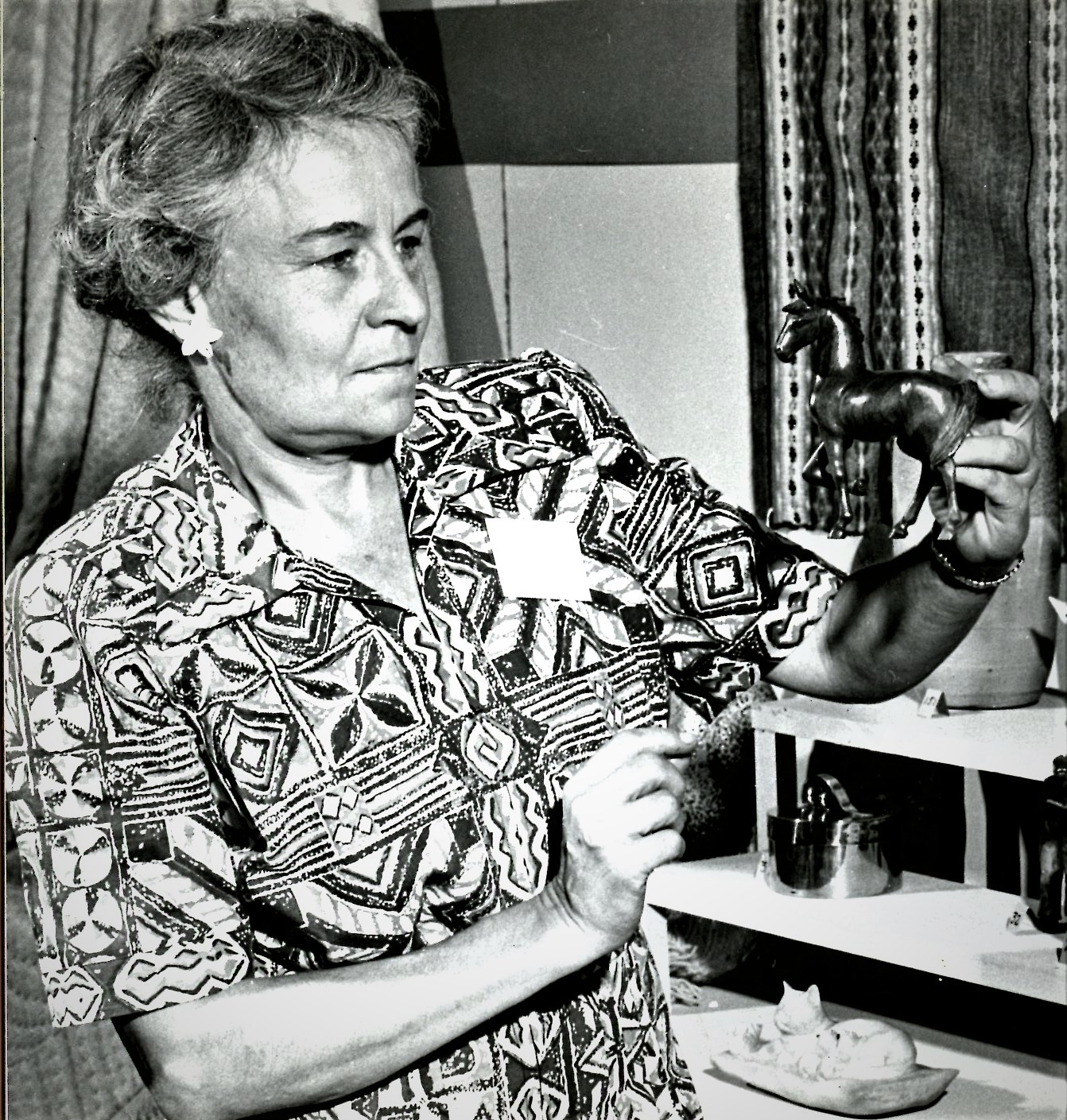 CLEMENTINE DOUGLAS: A Major Figure in the Revival and Promotion of Appalachian Crafts

Clementine (pronounced Clemen-teen) Douglas, an internationally known craft expert and a founding member of the Southern Highland Craft Guild, was born in Jacksonville, Florida in 1893. An early illness left her with a sometimes painful spinal curvature which necessitated an overprotected childhood featuring private tutors. When it was time for college, Clementine took her sense of adventure and love of art to New York City where she earned a degree in Design from the Pratt Institute, one of the first higher learning institutions in the US that welcomed women as students. After graduating, Douglas taught school in Wellesley, Massechucetts and a private girls’ school in New York City.

At 26 years of age, she attended a lecture by Helen Dingman of Berea College urging listeners to volunteer service to the Presbyterian Home Mission Board in Harlan County, Kentucky. Inspired by the talk of Ms. Dingman, Clementine came to the Pine Mountain Settlement School in Smith, Kentucky during the summer of 1919, where she taught arts and crafts and rode a mule named Preacher through the hills visiting homesteads. Much as Frances Goodrich did in North Carolina twenty years earlier, Douglas found beautiful and unusual woven coverlets in the hill country of Kentucky. She bought a loom and went about the task of reviving the craft of weaving and rescuing ancient drafts and patterns. It was not only the weavings of the people she was interested in but the mountain people themselves. Clementine Douglas came to love the Appalachian culture and immersed herself in the community by learning the social niceties of the communities and accepting people as they were instead of trying to change them. While in Harlan County, she met Wilmer Stone Viner who taught her much about weaving and natural dyeing…and invited Douglas to visit her weaving shop in Saluda, NC. Clementine became so enamored with weaving and the Scots-Irish culture of the region that in 1922 she traveled to Scotland to study the weaving of tartans. 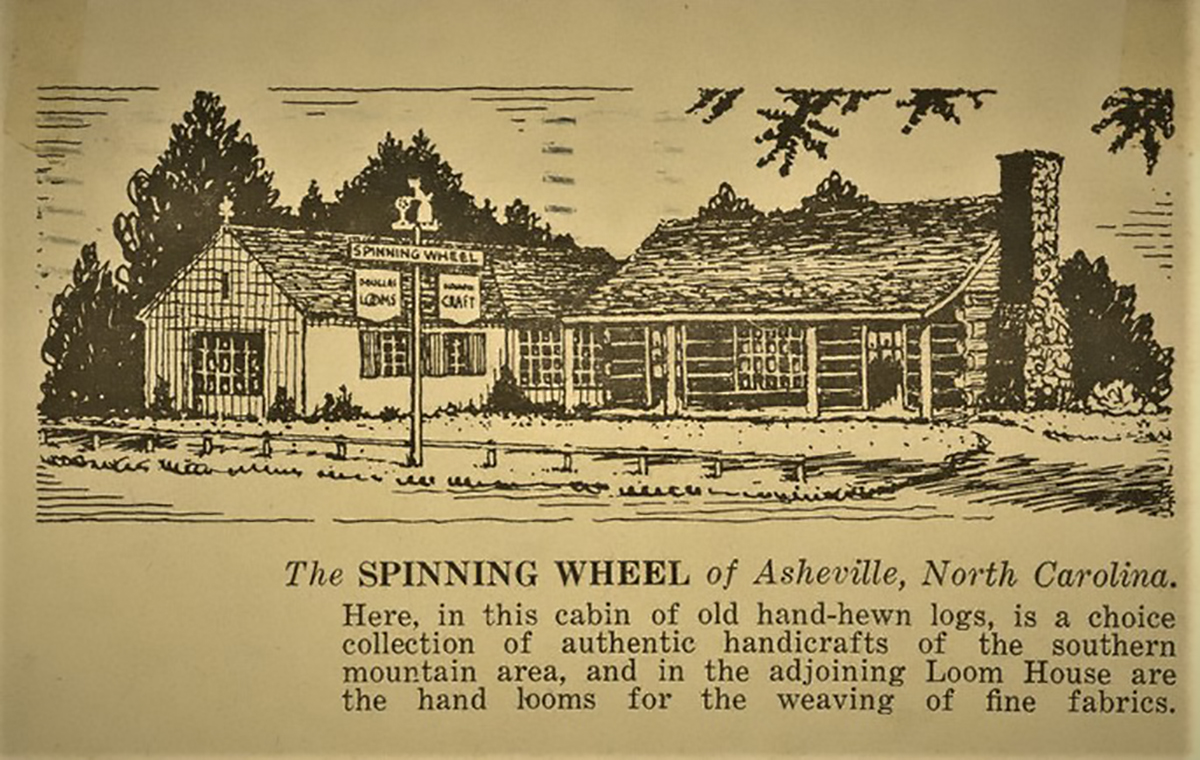 In 1925, Clementine Douglas came to Asheville and opened her store, The Spinning Wheel, on Beaver Lake where she sold her weavings and other crafts, along with teaching women and girls the craft of weaving. In 1939, she purchased land on Hendersonville Highway in Asheville and commissioned William W. Dodge Jr., a leading figure in the architecture of Asheville and a renowned silversmith, to design a building and residence using a repurposed log cabin. Dodge blended English, French and rustic elements with handcrafted details to create picturesque buildings that came to exemplify the arts and crafts architecture of Asheville. “Clem’s Cabin,” as it came to be known, was a popular stop for tourists and locals alike. It was included on the list of the National Register of Historic Places in 1999 and still stands in its glory today. Clementine operated her business until 1950 when she retired. Many remember visiting the store and listening to the women sing ballads as they wove. The weavers produced beautiful works featuring patterns of dogwoods, cabins and covered wagons.

Clementine Douglas served many years on the Guild’s Board of Trustees and was elected Board President in 1950. She designed one of the Guild’s logos and was made a Life Member in 1966. She, along with Allen Eaton (esteemed author of Handicrafts of the Southern Highlands), was a primary architect of the Guild’s original mission statement: 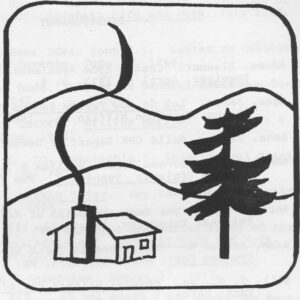 From the first organizational meeting in 1929, Clementine Douglas was a major part of the foundation and growth of the Guild. She also volunteered her time to her church and various charities. During World World II she went on government-sponsored assignments in Haiti and Hawaii to teach weaving and crafts in rural communities, and served as a “Gray Lady” in the occupational therapy ward at the VA Hospital in Oteen.

On May 13, 1967, Miss Douglas perished in a tragic car accident while driving to John C. Campbell Folk School for the retirement ceremony of her friends Georg and Marguerite Bidstrup. The writer of an editorial in the Asheville Citizen describes the accident as a head-on collison in a blinding rainstorm. “We mourn the loss of Miss Douglas: a good citizen, a good neighbor and a good friend who devoted fifty years of her life to the people of the mountains. Her death is a great loss to the Asheville community and to all humanity.” In an obituary written by Garry Barker for the Highland Highlights, he describes the passing of “kind, fun-loving, good hearted Clem” as the end of an era for the Southern Highland Craft Guild. Louise Pitman described Clementine as the heart of the organization: “She was the warmest, most friendly person you ever met and her sense of humor pulled us out of many a tight spot.”

Thank You, Clementine Douglas for all your contributions to the Guild and the Southern Appalachians.