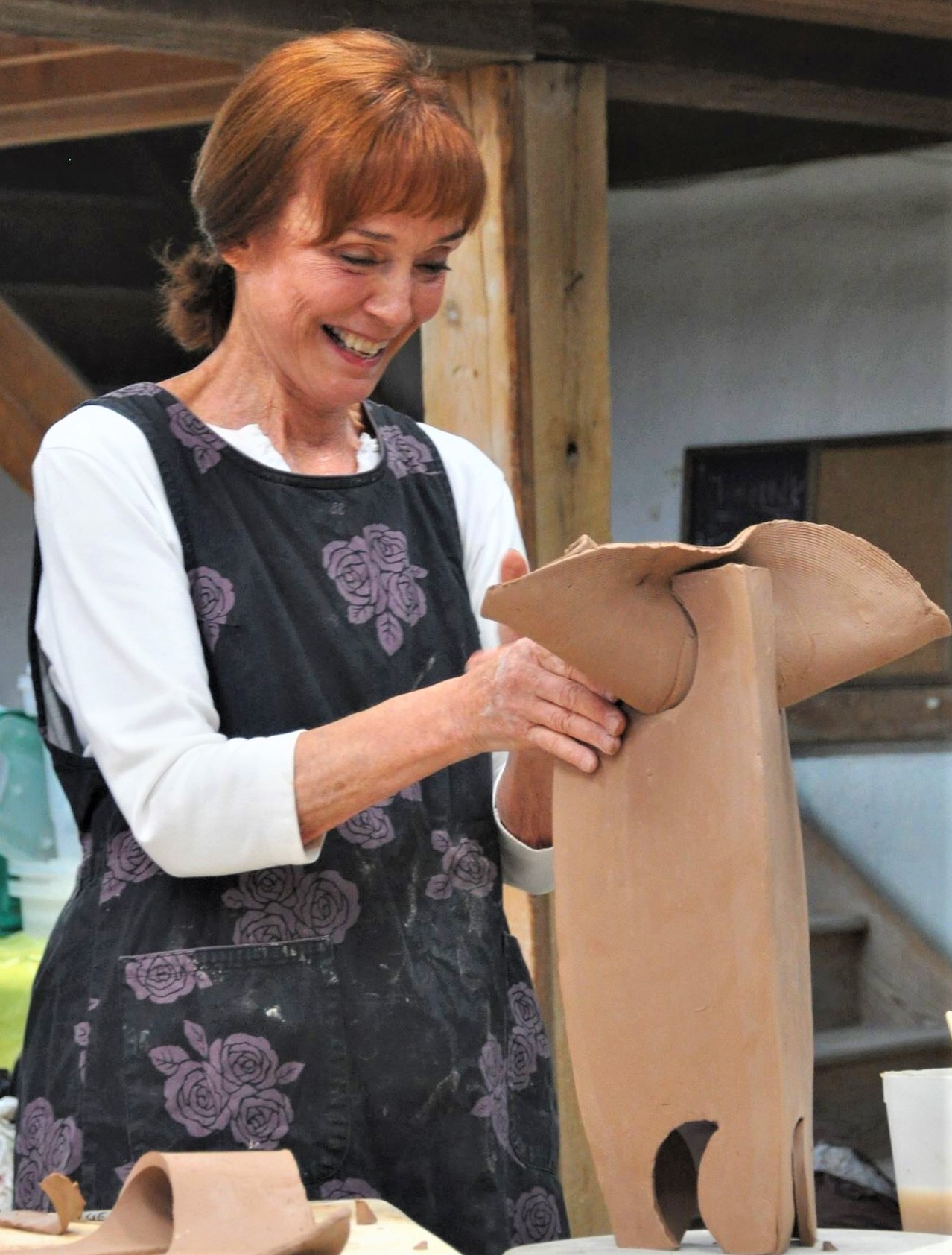 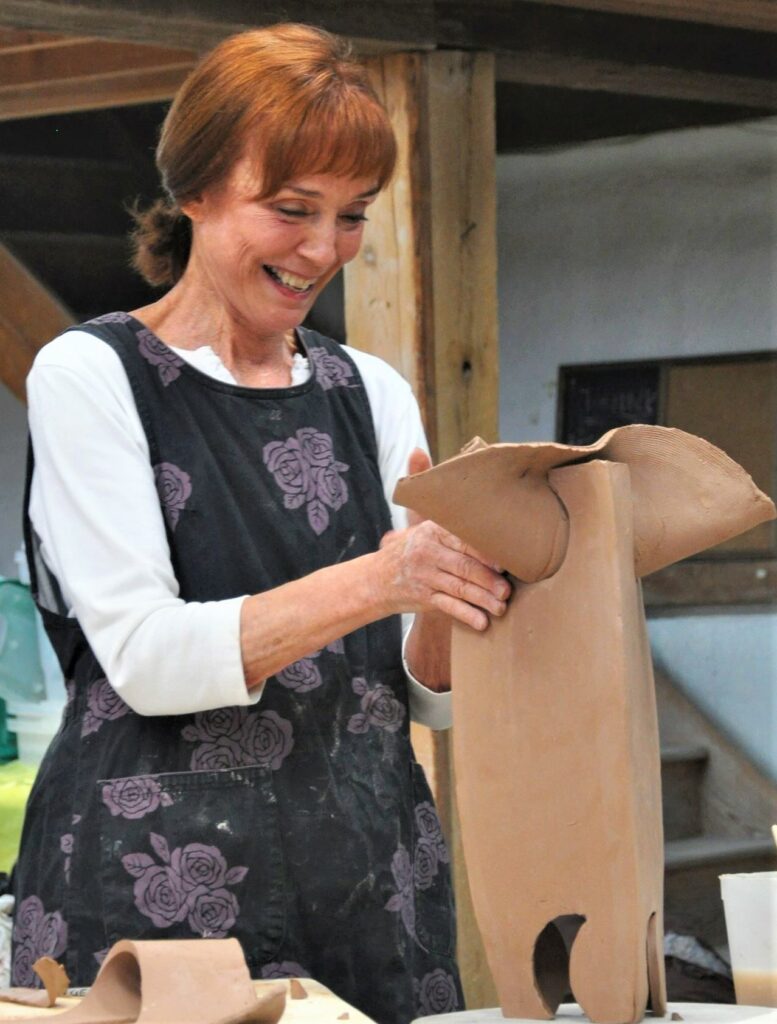 Judith Duff, internationally known ceramicist and SHCG member since 1993, passed away March 4, 2021. Judith was born in Macon, Georgia and grew up in Atlanta. She majored in Painting and Biology at Wesleyan College in Macon, where she worked with clay for the first time. Her interest in pottery led her to the Production Craft program at Haywood Community College where she was a student of Gary Clontz.

During a trip to Washington DC, she saw an exhibit of Asian pottery at the Sackler and Freer Galleries and became fascinated with the history and process of Japanese clay artists. Judith studied Shino clays and glazes in Japan and developed her own powerful and original work. She saw pottery as a lifestyle and at her studio “Cedar Mountain Artworks” in Brevard, NC, her work evolved into a distinctive style that reflected her studies and interests. She used a woodfire kiln, created her own glazes and chose porcelain clay as a canvas in which to paint and carve.

Judith taught workshops all over the world, exhibited her work nationally and internationally, was a member of the American Craft Council, Piedmont Craftsmen and was a former Board member of the Center for Craft, Creativity and Design as well as the Transylvania County Arts Council. She wrote articles, gave lectures, juried and curated exhibits, and her work is included in collections in museums in the US and Japan. Her pottery was featured in Ceramics Monthly and Clay Times Magazine. She participated in the Guild’s Crafts Fairs for many years and was a cheerful and friendly demonstrator at many Clay Day events at the Folk Art Center. Here are some of the things she had to say about her “pottery lifestyle”….