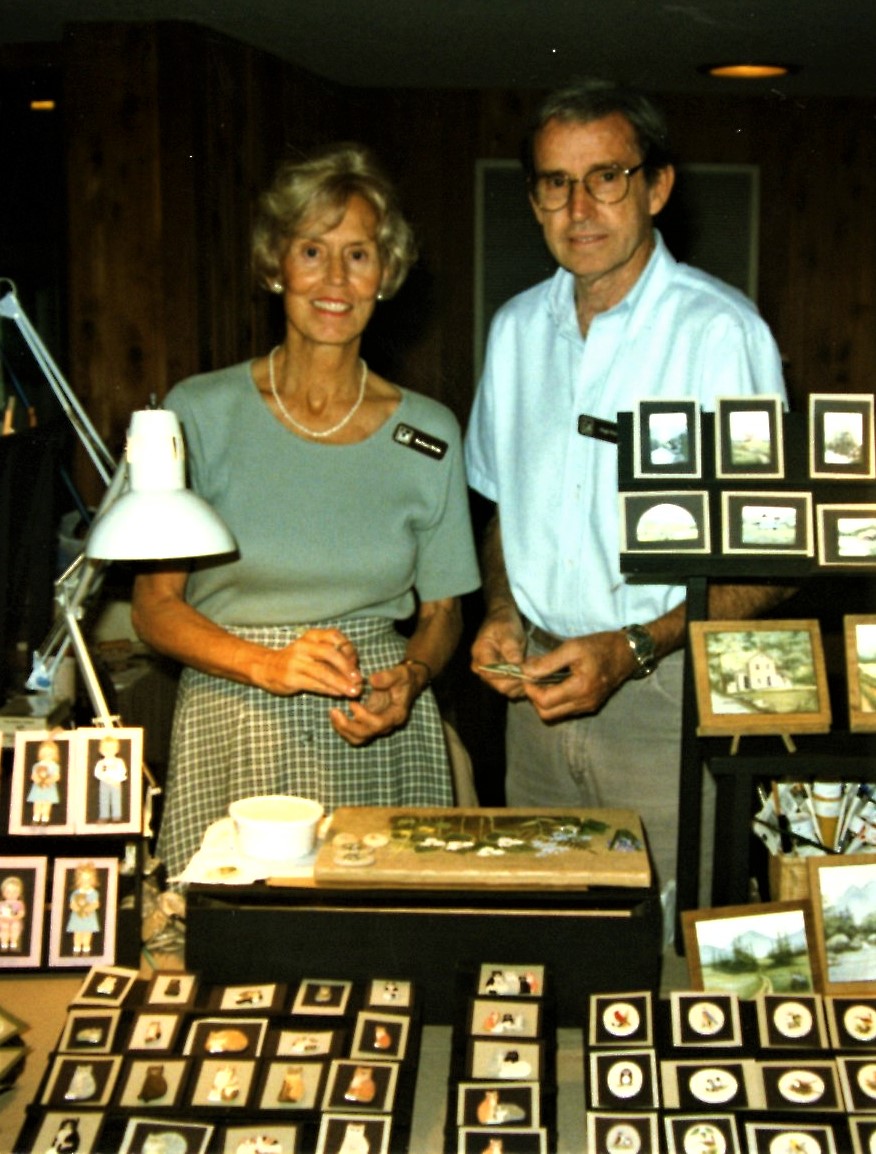 Barbara Webb started her career in craft up-cycling found driftwood from the shores of Lake Superior to make buttons and painted pins. When her husband Hugh retired in the late 1960s from working at a phone company, he became her craft partner. Hugh prepares the wood, Barbara paints her beautiful scenes on it and together they have created a lifetime of work and play together. They juried into the Guild in 1966 and for their first Craftsman’s Fair that July, Barbara took a greyhound bus to Gatlinburg with a bag full of pins priced at $2.98 each (Hugh was home with their children and the family car for his work commute). At that time the Fair was a five-day show with hours of 10am to 10pm and though exhausted, Barbara was thrilled to sell all the pins she brought and take home a huge bundle of cash. So much cash that she was able to buy a slightly used Volkswagen Beetle. This story has always amazed me and I thought it might be an urban legend… but the Webb’s still have their Beetle and quite a few interesting stories of their craft journey to tell as well.

“We’ve made a lot of good friends in the Guild and to be a member of SHCG is topnotch. But the best part of this craft business has been getting to work together,” Hugh stated in a recent phone interview. They continue to work on their craft each day with Barbara explaining that “I loved it when I started and I love it now. It’s a joy.” The couple are much anticipated demonstrators at the Folk Art Center with their friendliness and interest in others. Hugh told me the story of when they arrived early to the FAC to demonstrate and heard the burglar alarm. A couple of cops told them sternly to stand back. They had Terry, our maintenance person at the time, pinned on the floor with his hands behind him and assumed Terry and the Webbs were a bunch of crooks. It took awhile to convince them otherwise!

I hope to see the Webb’s this year at Heritage Day on Saturday, September 18. I would also like to see everyone reading this article come out that day and support Heritage crafts and the Guild… and to see Lyle Wheeler defend his World Gee Haw Whimmy Diddle Competition title. 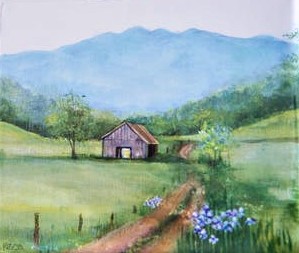