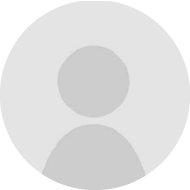 My jewelry designs reflect my background: 1. Education at the Royal Academy of Fine Arts, The Hague, Netherlands. 2. Training and subsequent employment in engineering drafting. 3. An abiding love of nature.

Given my diverse background, my jewelry reflects design contrasts that still augment each other, thus sustaining my interest in the art and craft of jewelry making. My jewelry begins with sketches of shapes and proportions and then I decide what materials, surface details and textures to use. These elements have to be combined in a final, exciting design before the piece of jewelry is executed in metal.

Craft Shows, Awards, and Commissions
The artist has participated in numerous juried Arts and Crafts fairs annually and won multiple awards. (Examples: TACA, Southern Highlands Crafts Fairs.) She has also been juried into many Arts and Crafts exhibits, such as the American Craft Council Spotlight exhibits, the Evansville, IN Museum of Arts and Science, five time participant in the the Biennial Best of Tennessee exhibits, Seduction of Metals, Artstravaganza, A.V.A., Chattanooga, Seduction of Metals, Florida Society of Goldsmiths, Tallahassee, FL, Art Center of Manatee, Bradentown, FL, Watertower Annual Show, Louisville,KY, and the Emerging Master Artists Madison Art Center, TN. She also has completed a large number of commissions each year. In 2012, the Tennessee State Museum purchased one of her bracelets for its permanent collection.

Crafts by Anne Rob view all