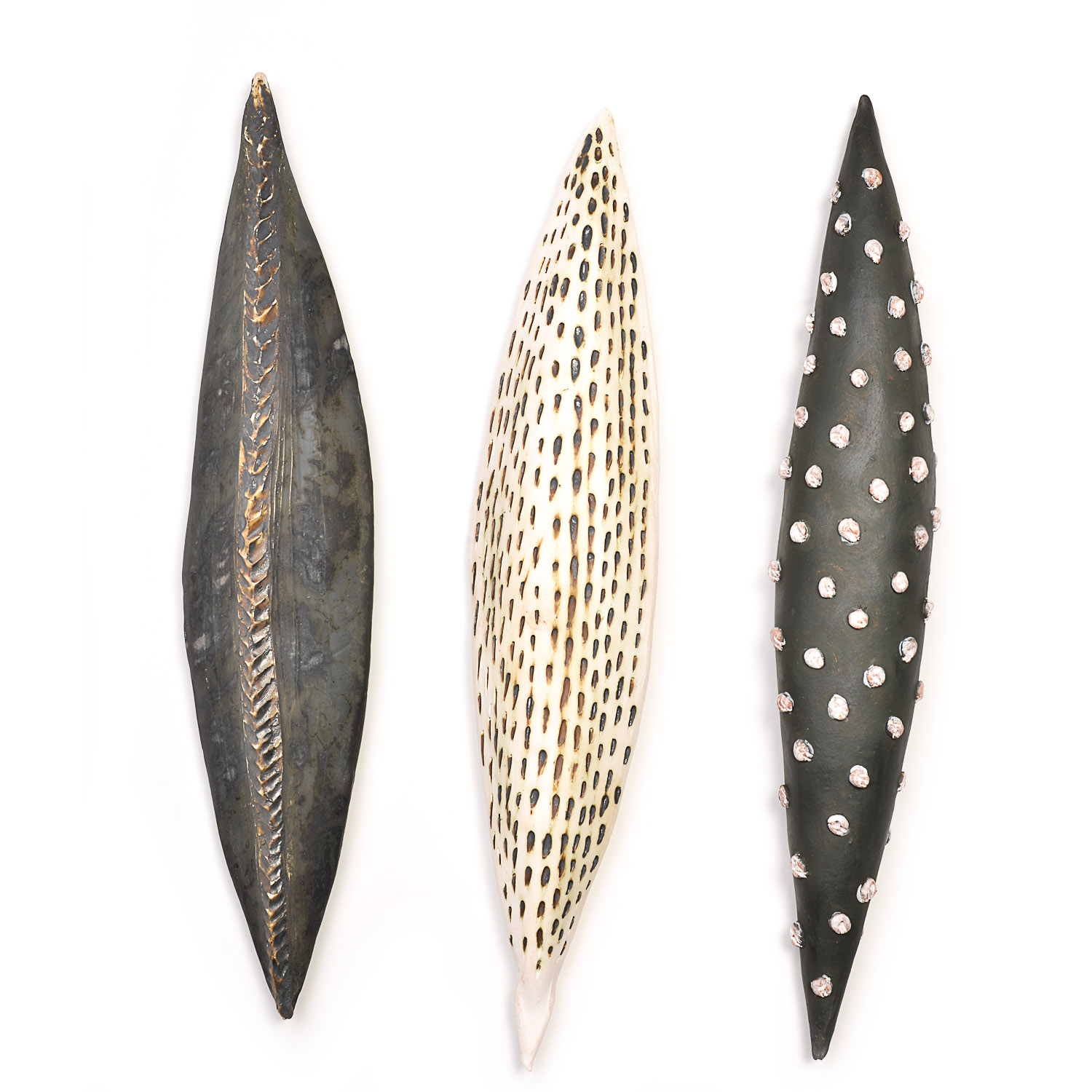 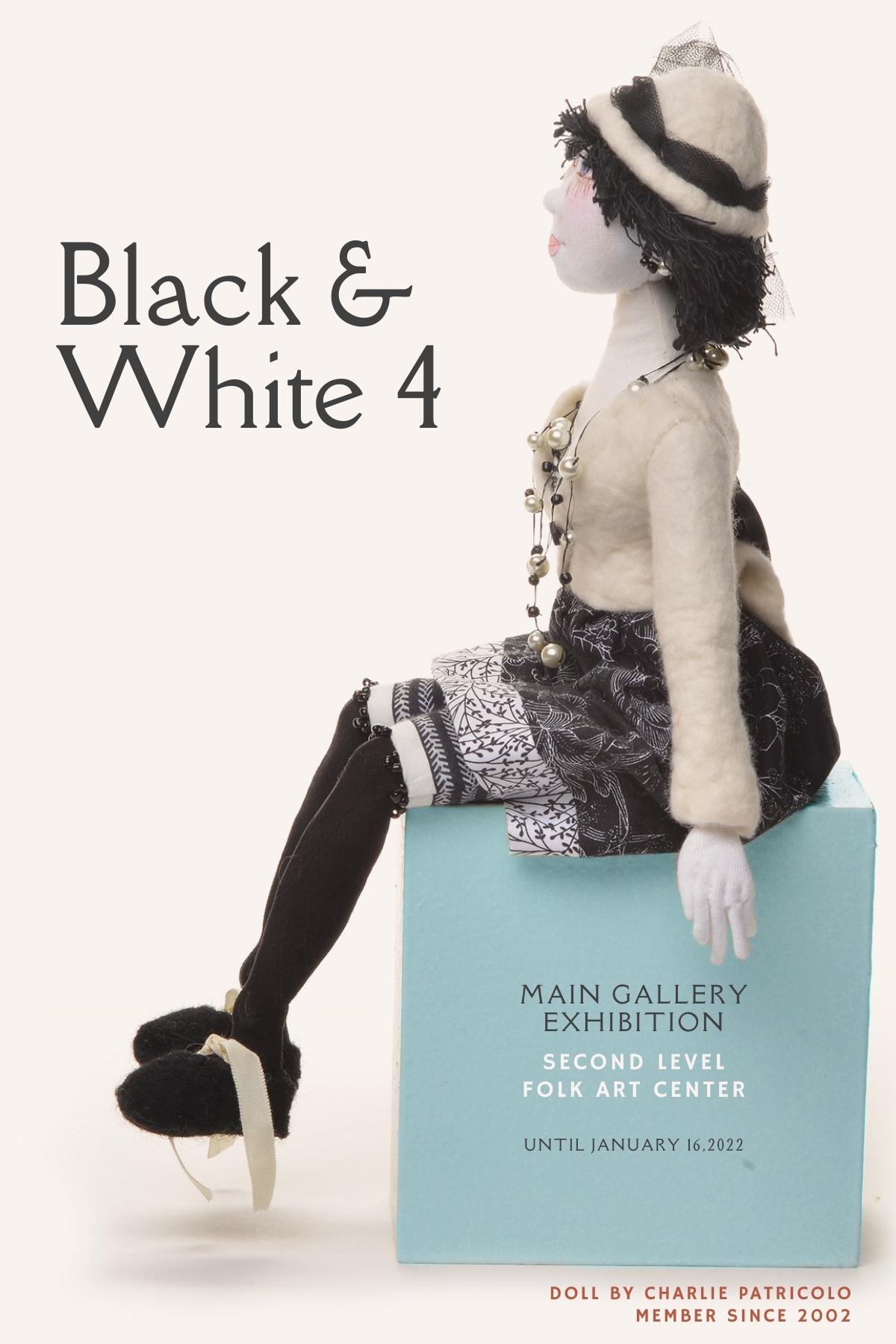 The Southern Highland Craft Guild opened its final Main Gallery exhibition of the 2021 year with the fourth edition of the popular Members Show, “Black and White.” The show opened on August 28th and has been a main attraction for visitors to the Folk Art Center. “This show is the most popular theme for members and visitors alike. It happens roughly every ten years and each edition has been unique and beautiful,” states Nikki Josheff, Curator of Collections for the Guild. There are 77 objects by 75 members and some pieces have already sold. The show will be up until January 16, 2022. Disciplines represented include quilting, chair caning, hand-built and wheel-thrown ceramics, felt work, batiking, glasswork, stone carving, jewelry, wooden flutes, woodcarving, tapestry, woodturning, print-making, and more.

This is the second Black & White exhibition for Guild member and glass artist, Alicia Kelemen. “My first piece was a very textured mosaic wall hanging. It had white marble, slate, black, and white glass with glass on the edge. For this year’s Black & White show, I chose a design that consists of just a few accent pieces for texture.” With a background in architecture, her sculptures are always focused on abstract geometric forms and pure lines.

Participating for the first time in the Black and White exhibit is fourth-generation chair caner and heritage craft member, Brandy Clements. While honoring traditional patterns, Clements steps out of the box a little with a maze pattern on an Italian Gio Ponti Chair, while complementing a greek key mosaic pattern. “I wanted to test out variations of adding whites, greys, and blacks to the carousels and see how these gradations worked on a chair seat. The world is never really black and white, after all. Everything is much more convoluted, with many shades of grey.” states Clements. “It was hard not to allude to Black & White issues in a social sense, but chair seat weaving has taught me many life lessons. This exhibit got me thinking that it was really hard to go straight black and white. This chair (and the world) is much more interesting when you make space for the ‘everything in between.'”

Black & White 4 is open until January 16, 2022. Admission to the Folk Art Center is free. The Folk Art Center is located at Milepost 382 on the Blue Ridge Parkway in east Asheville. Headquarters to the Southern Highland Craft Guild, the Center also houses three galleries, a library, a craft shop and a Blue Ridge Parkway information desk and bookstore.